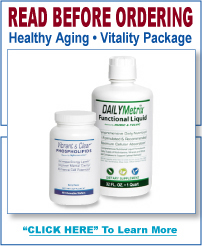 Many of these studies are copyrighted. To honor this, we have purchased the rights to have the full-text of copyrighted studies appear here for the educational purposes of our customers.

Alzheimer’s study
Alzheimer’s disease is a neurodegenerative disorder involving extracellular plaques (amyloid-β) and intracellular tangles of tau protein. Recently, tangle formation has been identified as a major event involved in the neurodegenerative process, due to the conversion of either soluble peptides or oligomers into insoluble filaments. At present, the current therapeutic strategies are aimed at natural phytocomplexes and polyphenolics compounds able to either inhibit the formation of tau filaments or disaggregate them. However, only a few polyphenolic molecules have emerged to prevent tau aggregation, and natural drugs targeting tau have not been approved yet. Fulvic acid, a humic substance, has several nutraceutical properties with potential activity to protect cognitive impairment. In this work we provide evidence to show that the aggregation process of tau protein, forming paired helical filaments (PHFs) in vitro, is inhibited by fulvic acid affecting the length of fibrils and their morphology. In addition, we investigated whether fulvic acid is capable of disassembling preformed PHFs. We show that the fulvic acid is an active compound against preformed fibrils affecting the whole structure by diminishing length of PHFs and probably acting at the hydrophobic level, as we observed by atomic force techniques. Thus, fulvic acid is likely to provide new insights in the development of potential treatments for Alzheimer’s disease using natural products.

Study showing immunomodulatory effects of Fulvic and Humic substances
Mumie, a semihard black resin formed by long-term humification, is believed to have therapeutic properties. Although mumie has been used in folk medicine since ancient times, there is little information available concerning the physicochemical properties of its constituents and the mechanisms of its therapeutic efficacy. For this study crude mumie was fractionated into fulvic acid (FA), humic acid (HA), humin, hymatomelanic acid, and two low molecular weight fractions (LMW1 and LMW2). The FA fraction was divided into five subfractions, FA1 – FA5.  The Mumie fractions were characterized by IR, UV-vis, and fluorescence spectroscopy.  Total carbohydrate content in the fractions was analyzed using the phenol reaction method. The relative content of polar groups and nonpolar hydrocarbon fragments in the mumie fractions correlated well with solubility in an aqueous medium. Biological characterization was performed using only the FA fractions. FA1 and FA2 enhanced the production of reactive oxygen species (ROS) and nitric oxide in murine peritoneal macrophages, as determined with the use of 2′,7′-dichlorofluorescin diacetate and Griss reagent, respectively. The enchancement of ROS and nitric oxide production correlated with the level of total carbohydrates in the fractions. Murine splenic lymphocytes treated with FA1 showed a dose-dependent increase in [3H]thymidine uptake. These findings suggest that FA derived from mumie has immunomodulatory activity.

Shilajit and its combined constituents elicited and activated, to different degrees, murine peritoneal macrophages and activated splenocytes of tumor-bearing animals at early and later stages of tumor growth.

In another experiment, the effect of shilajit was determined on the levels of brain monoamines in rats. It was found that shilajit at a dose of 25 and 50 mg/kg i.p. for 5 days significantly reduced the level of 5-hydoxy tryptamine and 5-hydroxy indole acetic acid and increased the level of dopamine, noradrenaline and their metabolites in rat brain. These changes in neurotransmitter levels are similar to those seen in cases of increased humoral (immune) activity and hence validate its use as an ayurvedic rasayana (Ghosal, 1990).

Anti-ulcerogenic and anti-inflammatory activity
Studies were carried out on shilajit samples collected from different locations to evaluate their possible role as antiulcerogenic and antiinflammatory agents. It was found that shilajit increased the carbohydrate/protein ratio and decreased the gastric ulcer index, indicating an increased mucus barrier (Ghosal et al., 1988a).

Shilajit was also found to have potent antiinflammatory activity in all three models of acute, subacute and chronic inflammation. Shilajit, at a dose of 50 mg/kg was also found to significantly reduce carrageenan-induced hind paw oedema in rats, having an effect comparable to phenylbutazone (100 mg/kg, i.p.) and betamethasone (0.25 mg/kg, i.p.) (Goel et al., 1990).

Shilajit is perhaps the first agent to possess both antiulcerogenic and antiinflammatory activities and this unique property of shilajit can be safely utilized in clinical practice.

In a separate experiment, the effect of shilajit on lipid peroxidation and gluthathione content in rat liver homogenates was also investigated. It was found that shilajit inhibited lipid peroxidation induced by cumene hydroperoxide and ADP/Fe++ complex in a dose dependent manner (Ghosal, 2000).

Shilajit also decreased the rate of oxidation of reduced glutathione content and inhibited the ongoing lipid peroxidation which was induced by these agents immediately after its addition to the incubation system (Tripathi et al. 1996).

Antidiabetic activity
Diabetes mellitus was produced in male albino rats by the administration of streptozotocin (STZ) 45 mg/kg s.c. on two consecutive days. Hyperglycemia along with superoxide dismutase activity of pancreatic islet cells was assessed on days 7, 14, 21 and 28  following STZ administration. In two separate other groups, shilajit at a dose of 50 and 100 mg/kg, p.o. was administered concurrently from 28 days. It was found that STZ induced significant hyperglycemia by day 14, which was further increased progressively on days 21 and 28. Similarly STZ also induced a decrease in pancreatic islet cell superoxide dismutase activity which was apparent on day 7 and increased progressively, thereafter on days 14, 21 and 28. Shilajit at a dose of 50 and 100 mg/kg, p.o. had no dispersible per se effect on the blood glucose level in normal rats but attenuated the hyperglycemic response of STZ from day 14 onwards, though only the effect of the higher dose was statistically significantly. Similarly, both doses, i.e. 50 and 100 mg/kg p.o., of shilajit reduced the STZ-induced decrease in superoxide dismutase activity from day 14 onwards, the effect of lower dose being statistically insignificant. An earlier observation that STZ-induced hyperglycemia may be due to a decrease in pancreatic islet superoxide dismutase activity, leading to an accumulation of free radicals and damage of beta cells has been confirmed by these experiments. Shilajit prevents both effects of STZ possibly by its action as a free radical scavenger. This experiment supports the earlier writing of Ayurveda that shilajit can prevent maturity onset diabetes mellitus (Bhattacharya, 1995).

Anti-allergic activity
The effect of shilajit and its main active constituents fulvic acids, 4 ′-methoxy-6-carbomethoxybiphenyl and 3,8–dibenzo-alpha-pyrone were studied in relation to the degranulation and disruption of mast cell against noxious stimuli. Shilajit and its active constituents provided satisfactory significant protection to antigen-induced degranulation of sensitized mast cells, markedly inhibited the antigen induced spasm of sensitized guinea-pig ileum and prevented mast cell disruption (Ghosal et all., 1989).  These findings are consistent with the therapeutic use of shilajit in the treatment of allergic disorders.

The effects of oxihumate on the proliferative response of lymphocytes has been studied in vitro and ex vivo. Oxihumate increased the proliferative response of phytohaemagglutinin-stimulated humanlymphocytes, from a concentration of 20 ug/ml and upwards. This response was even more striking in the case of lymphocytes from HIV-infected patients and was not limited to the in vitro setting since similar effects were observed ex vivo following administration of a nontoxic dosage of 4 g oxihumate per day to HIV-positive individuals for two weeks. Mechanistic studies revealed that stimulation of the proliferative response of lymphocytes by oxihumate is associated with an increased production of IL-2, as well as expression of the IL-2 receptor in the setting of decreased production of IL-10. Oxihumate therefore holds promise for the treatment of immunocompromized patients.

*These statements have not been evaluated by the FDA. This product is not intended to diagnose, treat, cure or prevent any disease. The information provided on this site is for informational purposes only and is not intended as a substitute for advice from your physician or other health care professional or any information contained on or in any product label or packaging. You should not use the information on this site for diagnosis or treatment of any health problem or for prescription of any medication or other treatment. You should consult with a healthcare professional before starting any diet, exercise or supplementation program, before taking any medication, or if you have or suspect you might have a health problem. You should not stop taking any pharmaceutical product without first consulting your prescribing physician. Resale of DailyMetrix without written permission is strictly prohibited.